Taking 360 degree images and video can sometimes be inconvenient while having to access your smartphone or tablet. One startup has now taken this to the another level and has created a wrist worn wearable digital camera this is ready with a 360 degree lens.

The Beoncam is a camera wristwatch which has the capacity to be detached from it strap and reattached to almost something you may think about from a motorbike, helmet, bag or whatever else.

The Beoncam is an revolutionary, 360-degree panoramic digital camera designed to suit to your wrist. The mini camera weighs 55 grams, and the casing measures 46.6mm diameter with the aid of 25mm thick. As we will see from the photos, the digicam looks like a smartwatch. the use of an protected wristband fabricated from TPE, you may put on the mini digicam to your wrist, and the rounded panoramic digicam functions a sleek and minimalistic rounded form aspect that allows it to blend properly with unique private patterns. 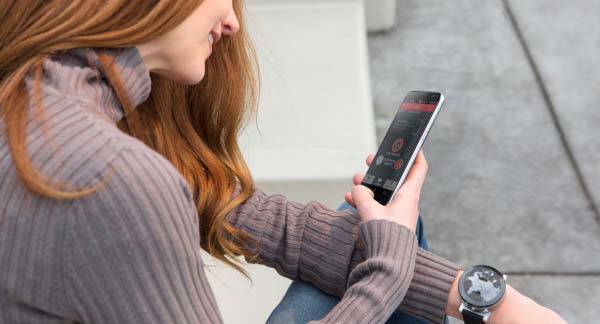 The mini camera functions 360 degree + one hundred ninety ranges FOV and a 5MP CMOS sensor to be able to capture 360-degree snap shots and videos. The use of built-in Bluetooth and WiFi connectivity, the panoramic digital camera wirelessly connects along with your cellphone, so you can use your smartphone to control the mini digicam or do stay previewing. Of course, the Beoncam additionally comes prepared with three manage buttons for on/off, photo capture and video recording, and built-in 8GB storage stores your pictures and motion pictures.

The Beoncam has been available for preorder on Indiegogo (flexible crowdfunding funding goal). You can pledge $99 to preorder the wearable camera. It will be shipped in June this year.