Lenovo has added a new flagship smartphone to its portfolio. Calling it the Phab2 Pro, the device will be available for purchase online and retail stores on beginning in September. The smartphone should make its way to US shores soon as well, like the previous generation.

The Lenovo Phab 2 Pro is a phone of firsts, starting with the fact that it’s the first consumer Tango phone. It is capable of rendering augmented reality (AR) in real time thanks to a tag team of rear cameras and a host of specialized tech on the inside.

The Phab 2 Pro looks very similar to the Phab 2 Plus, given that it also boasts a metal body, but it has a unibody design along with slightly thicker separator lines on the back. 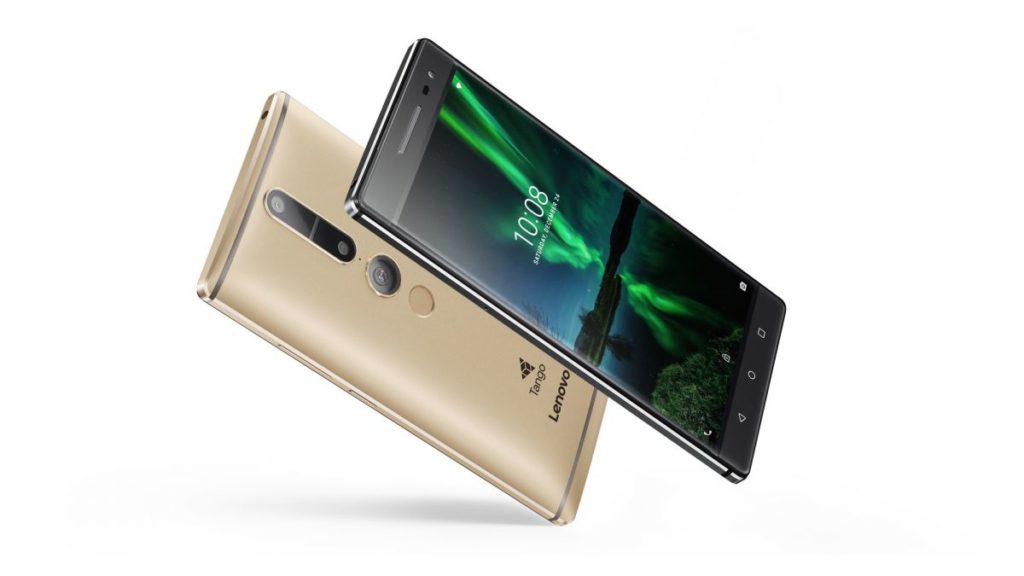 Like its predecessor, the PHAB 2 Pro is huge. It is packing a 6.4-inch QHD display with enough bulk on the sides to allow the 3 sizable cameras on the back to sit flush with the casing. Just like the Tango tablet, those cameras include a 16-megapixel standard RGB camera, a fisheye camera for that “human” perspective, and an infrared camera for depth. Lenovo IR sensor is not only significantly more responsive than the sensor included in the Tango tablet, it’s also smaller. That is obviously a big deal when stuffing all of this hardware into something relatively phone-sized, and keeping the cam flush against the casing instead of protruding from the back makes this PHAB is comfortable enough to hold it and use like a phone.

With Dolby Amos speakers on the bottom and a fingerprint sensor on the back, the rest of the body comes out together nicely to form something that is not obviously different from any other phone you’d see out in the world.

The PHAB 2 Pro is running a Snapdragon 652 processor with 4 gigabyte of RAM, it’s clear Google and Qualcomm have done quite a bit of work together to ensure this processor handles Tango tasks with no problem. Lenovo claims heat and battery drain will not be a problem thanks to the processor used and the 4050 mAh battery included in behemoth, and in our brief usage the phone never really warmed up.