Lenovo Has Designed The IdeaCenter AIO Y910 To Be Effortlessly Upgradeable

Desktop PCs are now becoming a tough sell, thanks to rival laptops with NVIDIA mobile graphics chips nearly as powerful as desktop graphics cards. That is perhaps why Lenovo launched IdeaCenter AIO Y910 all-in-one, aimed at gamers who want power but lack space.

The slim, compact, VR-ready IdeaCentre AIO Y910 gives you the most powerful gaming experiences in a size which fits nearly any battle station. Built entirely within a 27-inch Quad High Definition (2560×1440) borderless display, it cuts down on the clutter of cables and hardware, without cutting down on game performance.

As a high-end desktop and a VR-ready PC, it offers all the features you need as a great personal gaming powerhouse, entertainment center or family PC. With Windows 10 and the Xbox app, you can stream Xbox games from your Xbox One to your PC and also have access to the productivity applications of Microsoft, such as Microsoft Word, Outlook and more. 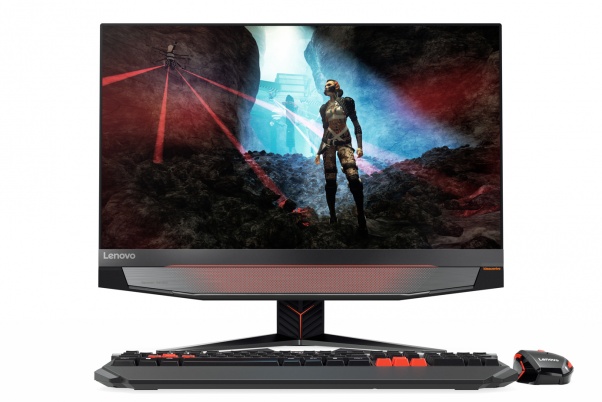 Other features of IdeaCentre AIO Y910 are: